You are here: Home / Archives for pandemic 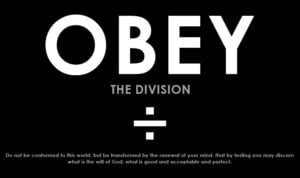 It is hard to believe that 18 months have passed since my last major update was published on this site.

In February 2020, the Covid-19 Pandemic was just getting started. In response, economies and communities throughout the world have been put on ‘lock down’ status, resulting in incalculable financial loss. Debt levels have skyrocketed, wages have been forced upward but income has fallen as many people prefer to collect government welfare rather than work for minimum wage or even higher than minimum wage. ‘Help Wanted’ signs are everywhere.

Inflation is apparent in food and energy prices. As summer 2021 rolled in, three vaccines were released, restrictions were eased, people celebrated, happy to be headed back towards some state of ‘normalcy’ that included eating out at restaurants or even just being in public without a face mask. Optimism blossomed but it was short-lived. Before summer was over, almost overnight, the major story changed to one of fear, pessimism, and doom as headlines warned that a new strain of the Coronavirus called the ‘Delta variant’ was rapidly spreading throughout major metropolitan areas and infection rates were climbing all over again. Meanwhile, mortality rates for the virus have been quite low during this epic global drama. Yet, politicians, unelected prognosticators in positions of power, and liberal-minded billionaires all have a voice in the chorus of warnings that the public is relentlessly subjected to, warnings that are shaping perceptions and policy.

The prevailing theme that is woven throughout this stressful chapter of human existence remains ‘Division’. This theme is so painfully obvious that one can only surmise that it is intentional, and if intentional then it is for a purpose, to achieve a specific result or outcome no matter the cost.

A few examples of lines that divide are:

Where do we go from here?

That is a choice for you to make.

Jesus / Yeshua said of himself, “I am the Way, the Truth, and the Life.”

Believe it or not, God has a specific day in mind, an hour, a minute, a specific moment that is rapidly approaching when he will rescue those who trust him and believe in him from the horrors that the remaining people on this planet are about to be subjected to. War, violence, famine, disease, earthquakes and floods, and fire. That specific moment could happen today. It could come tomorrow. No man can say with absolute certainty when that moment will arrive but can say with assuredness that it’s closer than it was yesterday so the faithful need to be ready, remain expectant, and look up for the Redemption their souls yearn for, which is their Blessed Hope in the return of their Savior Jesus the Christ, just for them.

There will be the sound of a trumpet from up above that everyone who is called will hear, and then the voice of God himself will instruct his children to “Come Up Here!” before they vanish from this doomed planet in the blink of an eye to find themselves in their new, perfect, immortal bodies, standing, perhaps kneeling in awe at the presence of Almighty God himself. This event is called the Rapture and it is very near.

Be Rapture Ready. Put your hope, your trust, your faith in your Creator who loves you and wants you to love him back. He paid a high price for you already, you just need to believe it. The man/God you know as Jesus, whose Hebrew name is Yeshua, paid the price with his own blood and with his life, which he laid down as payment for your soul, only to rise from the dead, conquering death, so that you too can be free from death’s cold grip. Choose Life this Day, right now for Today is the Day for Salvation. If you hear his voice, don’t harden your heart, accept his love, choose life, say ‘Yes Yeshua…Save Me’ and you can trust that he will.

None of what is happening in this crazy world is of any surprise to God. He knows the beginning from the End. Everything is happening according to plan and that plan is laid out for us in his Word, the Bible.

1) Major war in the Middle East involving Israel, whose land belongs to God himself.
2) Devastating financial collapse on a global scale.
3) The global issuance of a new method or form of personal identification is required for travel and commerce.

For those who are left behind after the Rapture, when this new form of identification is associated with either the number 666, a name of Satan’s, or the possibly the name of a new man who arrives on the scene who appears to have all the answers and solutions to the world’s multiple crises…that is the time to refuse ‘The Mark’ and trust God instead, for those who accept the mark will have to reject God by doing so, sealing their eternal fate, which will be in Hell rather than Heaven.

Not that cryptocurrency is inherently bad, but the greatest likelihood is that the new digital identification will be tied to cryptocurrency.  It will probably also keep a record of whether or not you have received the vaccine.  A digital proof of vaccine might actually be the catalyst that gets this ‘train of events’ moving.

“Do not be conformed to this world, but be transformed by the renewal of your mind, that by testing you may discern what is the will of God, what is good and acceptable and perfect.”
[Romans 12:2]

“And if it seem evil unto you to serve the LORD, choose you this day whom ye will serve; whether the gods which your fathers served that were on the other side of the flood, or the gods of the Amorites, in whose land ye dwell: but as for me and my house, we will serve the LORD.”
[Joshua 24:14-15]