You are here: Home / Archives for sun 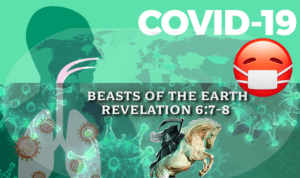 Isn't it interesting that God mentions the Sun, the Moon and the Stars in the same order as signs throught the Bible, from beginning to end, from Genesis to Revelation?  God is the Alpha and the Omega, the Aleph and the Tav, the Beginning and the End.  If you're not watching for signs that involve the sun, moon and stars, what are you watching for?


And there appeared a great sign in heaven; a woman clothed with the sun, and the moon under her feet, and upon her head a crown of twelve stars:

Psalm 81 associates the blowing of a trumpet or shofar with an appointed time that could only be Yom Teruah (Feast of Trumpets) also known as Yom HaKeseh ( The Hidden Day) since it is the only 'feast day' or 'holy festival' which begins on the first of the month, being dependent on the sighting of the new moon.

Blow the shofar in the new moon in the time appointed on our solemn feast day. ( *kece : full moon or appointed time)
— Psalm 81:3

Another biblical reference to the moon being used to set the calendar for the 'appointed times'  is found in Psalm 104.

He appointed the moon for seasons; ( mow'ed)

* another name for Feast of Trumpets or Yom Teruah is Yom HaKeseh, “The Day of the Hiding” or “the Hidden Day.” The term keseh or keceh is derived from the Hebrew root kacah, which means to “conceal, cover, or hide.”