You are here: Home / Archives for Iran 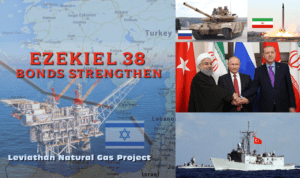 The world is coming to terms that Islam as written in the Koran and as practiced by fundamental Muslims is not about ‘peace’ at all, but about world dominion. Mohammed provided 3 options, either a) convert to Islam, b) pay a tax called ‘jizya’ or c) be executed.

A Danish cartoon mocking Mohammed, the prophet of Islam, has sparked a wave of rage in offended muslims that is spreading across the world.

President Mahmoud Ahmadinejad of Iran is clearly bent on obtaining nuclear weapons and destroying both the United States and Israel.

President Kim Jong Il of North Korea is convinced that the United States is going to attack North Korea and is apparently trying to sell Plutonium for nuclear weaponery to Iran.

Prime Minister Ariel Sharon is still in a coma after suffering a stroke 1 month ago. He has had 7 surgeries in this time. It is unlikely he will ever regain consciousness. I’m inclined to believe Israel will vote for a strong ‘hawk’ to fill the office, most likely Benjamin Netanyahu.

The relative stability of the world’s situation is precariously teetering on the edge of disaster.

Iran is building a nuclear reactor which can be used to provide material for nuclear weapons.