You are here: Home / Archives for mixed 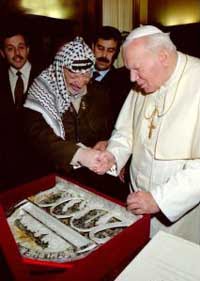 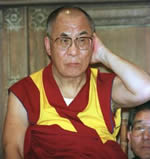 The Pope and the Dalai Lama…

The term “ecumenical” comes from the Greek word “oikoumene” which refers to “the entire inhabited world.” In English, it refers to cooperation among the thousands of Christian denominations and other religions of the world including Roman Catholicism, Buddhism, Islam and Hinduism. The bottom line is that ecumenicalism is about forsaking doctrine (Truth) for the sake of Unity. Generally speaking, ecumenicalists refuse to preach the message of the cross, which is the only way one’s sins can be forgiven.

2 Corinthians 6:14
Do not be yoked together with unbelievers. For what do righteousness and wickedness have in common? Or what fellowship can light have with darkness?

Corinthians 7:1
Since we have these promises, dear friends, let us purify ourselves from everything that contaminates body and spirit, perfecting holiness out of reverence for God.

Matthew 28:18-20
Then Jesus came to them and said, “All authority in heaven and on earth has been given to me. Therefore go and make disciples of all nations, baptizing them in the name of the Father and of the Son and of the Holy Spirit, and teaching them to obey everything I have commanded you. And surely I am with you always, to the very end of the age.”

Mark 16:15-18
He said to them, “Go into all the world and preach the good news to all creation. Whoever believes and is baptized will be saved, but whoever does not believe will be condemned. And these signs will accompany those who believe: In my name they will drive out demons; they will speak in new tongues; they will pick up snakes with their hands; and when they drink deadly poison, it will not hurt them at all; they will place their hands on sick people, and they will get well.”

“If anyone says that after the reception of the grace of Justification the guilt is so remitted and the debt of eternal punishment so blotted out to every repentant sinner, that no debt of temporal punishment remains to be discharged either in this world or in purgatory before the gates of heaven can be opened, let him be anathema” (The Canons and Decrees of the Council of Trent, Session 6, Canon 30. Shroeder, H.J., Tan Books, 1978, p. 46. The Council of Trent was reaffirmed by Vatican I & II –1960)

“There is one holy Catholic and apostolic church, outside of which there is no salvation . . . . it is altogether necessary for salvation for every creature to be subject to the Roman Pontiff.”(Unam Sanctam AD 1302)

Deception in the Church