You are here: Home / Archives for search 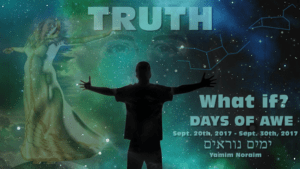 When searching for TRUTH, no matter what the topic is, one must remain objective and consider all possibilities without allowing one’s pre-existing prejudices, pre-conceptions and bias to potentially steer the investigation in the wrong direction leading to false conclusions. This approach applies equally to science, criminal investigations and even riddles.

It’s possible that you haven’t yet heard, or haven’t heard much about it, but hundreds of thousands of people already know that something very specific is going to happen next week which could affect you, me and everyone else on the planet. I say ‘could’ affect because I don’t know for sure, but as someone who is searching for truth I need to remain committed to objectivity and consider that the possibility exists. However, as I stated yesterday, just because a large group of people believe something to be true, it doesn’t make it true…it either is or it is not. In this case, the size of the group is relatively small, even if the number in the hundreds of thousands, but the arguments and reasoning behind their theory or interpretations are solid enough that they shouldn’t be simply laughed off or casually dismissed… to do so might be considered the folly of half-hearted truth seeker.

I’m willing to talk about a topic that most people I know won’t even touch today. It’s the people who I don’t know personally who aren’t afraid to talk about it. The topic I'm referring to is:

Is Jesus coming back soon?

I can almost hear some of you laughing right now. Regardless, many people think so, perhaps more than ever. Some people don't care. Some people question whether He ever existed, or say that if He did, He was just a man, and a “good teacher”. The Bible, which is a collection of 66 different books penned by 40 different authors, quotes Jesus as saying that there would be signs in the sky involving the Sun, Moon and Stars which would herald His return in the Last Days (see Luke 21). As an example, let’s recall the story from over 2,000 years ago which tells of a bright star in the sky which the wise men in the east followed as a sign of the birth of a new king, the baby Jesus. With the aid of a free but rather amazing astronomy software package called Stellarium, we now know that this star was most likely the conjunction of Jupiter and Regulus, the brightest star in the constellation Leo on September 11, 3 B.C. This conjunction would have been the brightest object ever seen in they sky ever since.

It's interesting to note that the meaning of the star’s name 'Regulus' means 'The King Maker'. As it just so happens, on this upcoming September 23, 2017 there will be nine stars and three planets that are going to align in the sky, involving two particular constellations, late in the day just before sunset, as seen from Jerusalem. The alignment is unique, despite what some critics say, as it’s been 5,932 years since anything closely resembling this astronomical alignment has happened. The alignment is being called ‘The Revelation 12 Sign’, as it matches a literal reading of the first few verses of chapter twelve in the last book of the Bible. Revelation 12:1-6 reads as follows:

"Now a great sign appeared in heaven: a woman clothed with the sun, with the moon under her feet, and on her head a garland of twelve stars. Then being with child, she cried out in labor and in pain to give birth.

And another sign appeared in heaven: behold, a great, fiery red dragon having seven heads and ten horns, and seven diadems on his heads. His tail drew a third of the stars of heaven and threw them to the earth. And the dragon stood before the woman who was ready to give birth, to devour her Child as soon as it was born. She bore a male Child who was to rule all nations with a rod of iron. And her Child was caught up to God and His throne. Then the woman fled into the wilderness, where she has a place prepared by God, that they should feed her there one thousand two hundred and sixty days."

For the last three years I’ve been fascinated by the developing story behind the upcoming Revelation 12 Sign and have found myself drawn to it like a moth to a flame. Hands down it’s the most divisive yet compelling theory behind the return of Jesus that I’ve ever encountered. And for the record, I've never been the least bit swayed by any of the previous predictions. The Revelation 12 Sign is so divisive that it causes some Christians and non-Christians alike to become quite defensive or angry if it is even mentioned as something that might be worthy of a closer look, or objective investigation. This only stokes the fire of my curiosity even more.

History is full of failed predictions of Jesus’ return. Perhaps it’s true that after each failure, people may become increasingly weary, skeptical or mocking towards any new predictions. Whether or not these reactions are preventable is a topic for another day.

For clarity, a distinction needs to be made between two completely separate prophesied events. First, many Christians believe there will be an unprecedented supernatural event at some point in the near future where millions of believers in Jesus disappear in an instant when Jesus calls from above for them to join Him. The event is known as the Blessed Hope or The Rapture, and has been the subject of a number of bestselling books and films these last few decades, a few of which are:

The Second event occurs after the Rapture and after a troubling period of seven years, at which point Jesus returns in what is commonly known as ‘The Second Coming’.

Some believe that the upcoming astronomical alignment on Sept. 23, 2017 will be a fulfillment of the ‘Great Sign’ described in Revelation 12. They also believe that a window of opportunity for the Rapture begins on the first day of the Jewish High Holy Day known as Feast of Trumpets, which is next September 21st and happens to coincide with the Jewish new year, Rosh Hashanah. A few believe that the window could even be extended up to Yom Kippur or the Day of Atonement on September 30th. This all happens during the Jewish month of Tishrei which has the theme of Repentance, or turning back to God. The Jews call the time between Feast of Trumpets (Rosh Hashanah) and the Day of Atonement ‘The Days of Awe’ or ‘The Ten Days of Repentance’. But what happens if there is no significant event between Sept. 21st and Sept. 30th? Disappointment? Confusion? Depression? Heightened resolve to keep trying to figure it out? Ridicule?

BUT WHAT IF…WHAT IF THIS TIME THEY ARE RIGHT?

For most Christians, the belief that Jesus will eventually return is a given. However, there are three main diverging theories on the timing of the Rapture in relation to the Tribulation, which once again are those last seven years of hell on earth before The Second Coming of Jesus Christ, when He returns to set things right. To those Christians who subscribe to a Pre-Tribulation timing of the Rapture, it will probably be an ordinary day like any other. The sun might be shining, the sky might be blue. And then in an instant, in the blink an eye, a trumpet will blast from above and it’ll be over…all of the true believers in Jesus will have instantly disappeared, having been ‘caught up’ to Heaven by Jesus Himself. The Rapture event is thought to kick off the beginning of The Tribulation, aka The Time of Jacob’s Trouble, or Daniel’s 70th Week in which the earth which will be the object of God’s wrath as evil is allowed to dominate, but only for a short time. And what of those left behind? Most will die. Many will wish for death. It is described as being the most horrible time in the entire history of the planet.

The days leading up to Jesus’ return are described as being relatively normal, much like today, in the sense that people will be getting engaged and married and business will carry on as usual, but people will also be increasingly skeptical that Jesus will ever return, asking “Where is this coming He promised?”

Then there are all the other signs Jesus told His disciples to watch for which seem to match current events more so than ever. When asked what would be the sign of the Last Days Jesus told His disciples that there would be wars and rumors of wars, earthquakes, famines, disease, and great signs in the sky, signs in the sun, and in the moon, and in the stars; and upon the earth distress of nations, the sea and the waves roaring. (read both Matthew 24 and Luke 21 for yourself, don’t be afraid)

As of late the following events may be interpreted as fitting Jesus’ prophecy:

Yes, yes, yes, I know… there have always been wars and earthquakes and eclipses and hurricanes and such. But what is different this time is the apparent convergence or increased intensity and frequency of these events, which are all happening 70 years after the re-establishment of Israel as nation, which has always been viewed as the last key prerequisite to Jesus’ return.

Once again, I put forth the question,

“But what if…what if this time they are right?”

The most common response from dissenting Christians is “No man knows the day or the hour!” of Jesus' return, quoting Matthew 24:36.

How unusual though for Jesus to have given so many signs to watch for in advance of His return for His Church. In response, the Christian dissenters who reflexively respond, “No man knows the day or the hour!” will certainly also say, “You can know the season but not the day or the hour!” Perhaps. Then again, an objective investigation should consider the possibility that the verse about not knowing the day or hour may have been misunderstood. Perhaps, just as the prophet Daniel was instructed in Daniel 12:4, the meaning and understanding of the prophecies has been sealed UNTIL the Last Days, which certainly seem to be upon us now. This would logically imply that any purported understanding of the prophecies BEFORE the Last Days would have to be flawed to some degree, if not entirely incorrect.

So, the four BIG questions of the month are:

1. Are the prophecies being UNSEALED now?

2. Is the upcoming astronomical alignment on September 23rd actually the ‘Great Sign’ described in Revelation 12:1 ?

4. If it is the ‘Great Sign’, does it relate to the Rapture?

Tell me, what do you think?

and in my next post I’ll share some of the valid arguments both for and against the idea of how this upcoming astronomical alignment could be the ‘Great Sign’ of Revelation 12.