You are here: Home / Archives for End Times / Date Setting 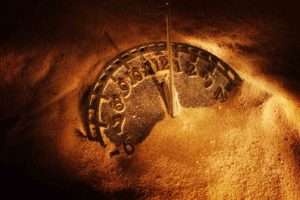 He will confirm a covenant with many for one `seven.'[1] In the middle of the `seven'[2] he will put an end to sacrifice and offering. And on a wing [of the temple] he will set up an abomination that causes desolation, until the end that is decreed is poured out on him

Matthew 24:36
“But of that day and hour no one knows, not even the angels of heaven, nor the Son, but the Father alone. Mark 13:32 is an exact parallel.

Matthew 24:42
“Therefore be on the alert, for you do not know which day your Lord is coming.

Matthew 24:44
“For this reason you be ready too; for the Son of Man is coming at an hour when you do not think He will.

Acts 1:7
He said to them, “It is not for you to know times or epochs which the Father has fixed by His own authority;

1 Thessalonians 5:1-2
Now as to the times and the epochs, brethren, you have no need of anything to be written to you. For you yourselves know full well that the day of the Lord will come just like a thief in the night.

There are several passages that do suggest that the faithful believer will not be caught by surprise:
Luke 21:28
Hebrews 10:25
1 Thessalonians 5:4

“But as the days of Noe were, so shall also the coming of the Son of Man be.”

“For as in the days that were before the flood they were eating and drinking, marrying and giving in marriage, until the day that Noe entered into the ark,”

“And knew not until the flood came, and took them all away; so shall also the coming of the Son of Man be.” Matthew 24:36-3